Are You Guilty Of These Common Security Mistakes? 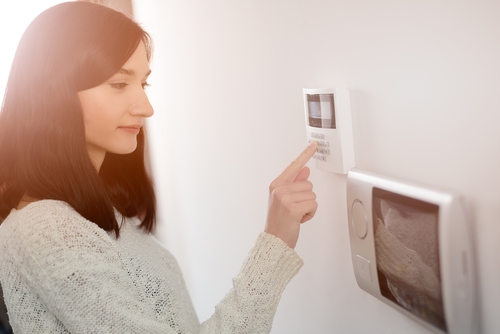 Globally, at least thousands of homes are broken into every day and many of these occur partly due to some common mistakes homeowners make or failing to do certain things, which compromise the security of their houses and properties. According to a professional locksmith, here are 5 such common security mistakes that many homeowners are found guilty of.

One of the most obvious, but easily overlooked security mistakes homeowners make are failing to lock doors and windows. Most burglars look for soft targets when they attempt to break into a house, and an unlocked front door or an open window makes it as smooth as possible.

Some homeowners often leave doors and windows unlocked because they are only going to be away from the house for a few minutes or for a quick errand. However, as surprising as it may sound, most burglars only need 5-10 minutes to break into and rob a house, so don’t have to make it easy by leaving doors and windows open.

Hiding A Key Outside

Hiding keys under the flower pots or carpet has become a trick that most burglars now know. In fact, it is one of the most obvious security mistakes homeowners should probably be guilty of. If you’re worried about getting locked out, leave the key with a trusted neighbour or the best option is to get a spare key through a key duplication service.

If you don’t have anyone trustworthy, consider installing a keyless entry system. Smart locks are very affordable, and they offer a range of advanced features that even lets you control the locks when you’re away from home using your smartphone. With this you won’t have to worry about leaving a key outside, giving a spare key to someone, or even losing one.

Many homeowners for some reason have developed the tendency to think that second-floor windows are safe from burglars. While it’s true that they are less likely to be targeted over front or it-floor doors or windows, burglars will still give it a try to access the second-floor if they feel they feel it’s easy. No matter how difficult it may seem, burglars will have creative techniques to open unlocked second-story windows.

Apart from locking your windows, look for any other things that might make it easier for a thief to access the second floor. This can be a visible ladder in the garden or a tree that has branches making it easy for a person to climb and reach the second floor.

Leaving Signs Of An Unoccupied Home

Going on a vacation is great, but as a homeowner, you don’t have to announce it to everyone or leave tell-tale signs of an empty abandoned house. While leaving your lights on may be a good idea, it has now become rather outdated as burglars have already learned the trick and it can be costly as well, especially if you’re having a very long vacation.

To give the impression of people being at a house, many locksmiths recommend setting light timers. You can also consider smart lights if you have a smart alarm system. These systems can be controlled using your phone, even if you’re away from your house and can stimulate lighting patterns like that of an occupied home.

It’s not a surprise that burglars prefer to commit crimes in places where they won’t be seen. If your house has large bushes covering doors and windows or poor lighting on the exterior, burglars have plenty of favourable conditions to easily break into your house.

Trim away any trees or bushes that cover entrances, and make sure the house is well-lit outside. It’s also advisable to consider motion lights as they are more efficient and effective as a deterrent.